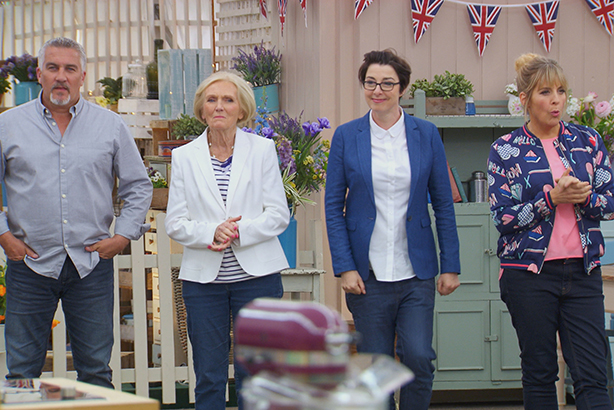 Channel 4 has already received a good deal of bad PR from the announcement this week and two of the show’s key assets, the charming Mel and Sue, have made it worse for the broadcaster by announcing that they will not “go with the dough”.

What should have been a major coup has flopped more than an under-proved loaf and it’s looking like Channel 4 may have just bought the most expensive tent in the UK.

As with pretty much any successful TV show, the popularity of GBBO isn’t just tied in to the concept.

Food shows have been around for years, as have reality competitions, so the idea of a cooking contest wasn’t a particularly unique concept when the show was launched in 2010.

What makes Bake Off special for the millions of people that tune in every week to watch the show is the quintessential Britishness that transcends demographics so perfectly.

When combined with Mel and Sue, Paul and Mary, the show synergises perfectly with the appeal of the BBC, making the public broadcaster the obvious home for Bake Off.

With such a dedicated and loyal following, fans quickly jumped on social media to point out their fury at the news that Channel 4 had secured the rights to broadcast GBBO for the next three years.

High-profile voices have added to the conversation and left Channel 4 being seen as a greedy corporation which has shamefully outbid the poor, underfunded BBC.

Grief often finds a scapegoat and instead of the production company, Love Productions, taking the fall, it has fallen squarely on the shoulders of the broadcaster.

Ultimately, Channel 4 is better known for championing shows that focus on innovation, diversity and new talent, so the decision to bid for a program like Great British Bake Off seems out of character.

The public outcry has already shot warning signals that, along with Mel and Sue, fans won’t be making the journey across with them.

The duo have done their own brands a world of good with their prompt statement regarding their decision to stay with the BBC.

The Great British Bake Off brand, which has created some of the most positive British vibes in recent years, is at major risk.

Mary Berry and Paul Hollywood are yet to declare their intentions, and their decisions will almost certainly be the ones that either salvage or deliver the killer blow to the show.

It’s a lesson to pretty much any brand that wants to mix up a winning formula.

Change can rejuvenate a flagging brand but altering something so well loved has a good chance of leaving you with a soggy bottom.